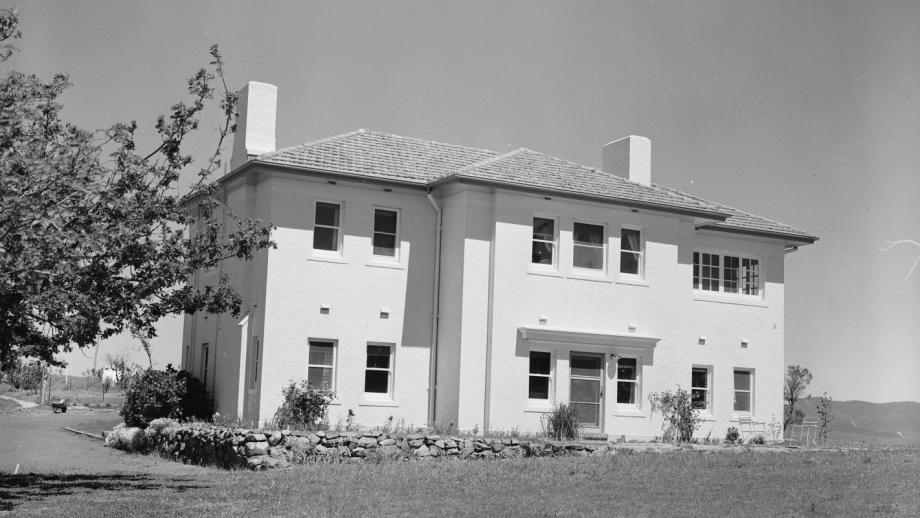 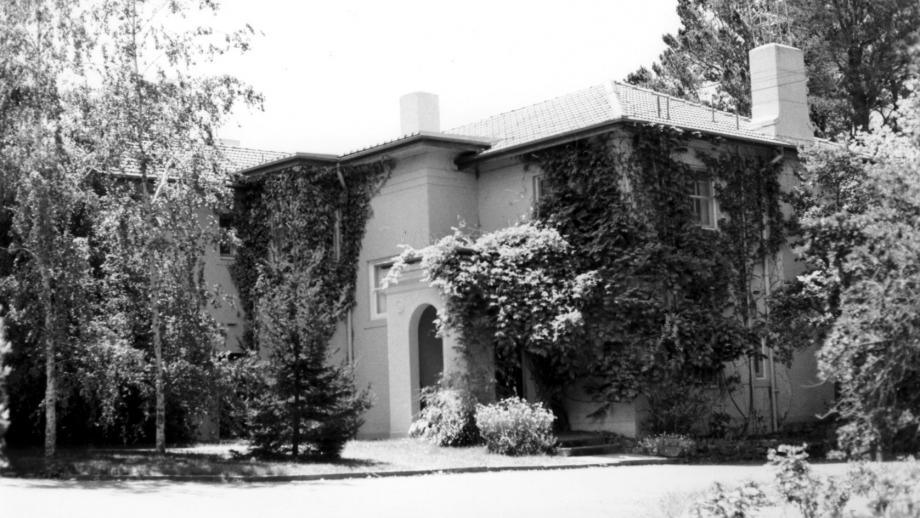 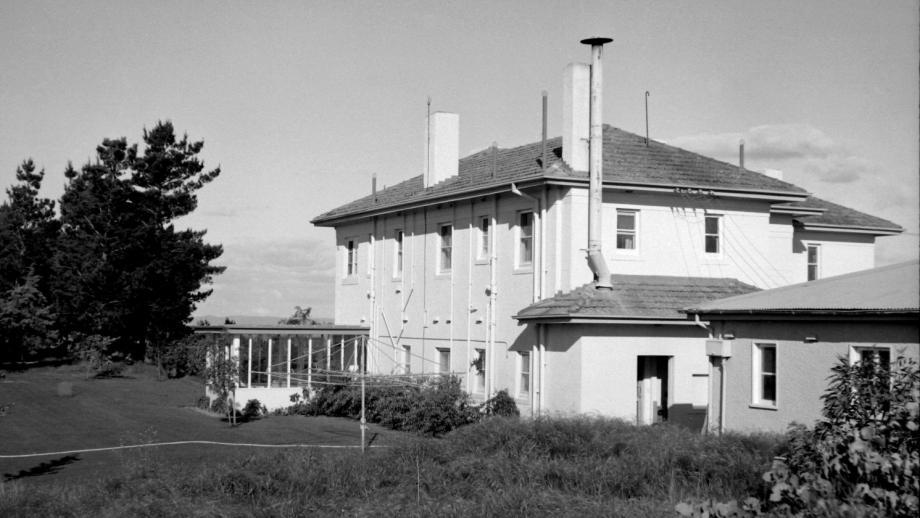 Originally known as 'Observatory House', this building was completed in 1928 to accommodate the Director of Mt Stromlo and family. The remote location of Mt Stromlo made it necessary for Directors to live on site in order to effectively oversee the Observatory's administrative and scientific functions. The Residence was designed by Supervising Architect for the Federal Capital Territory, Henry Maitland Rolland, with substantial input from the founding Director Walter Geoffrey Duffield and his wife Doris. Having lived in the Hotel Canberra for almost three years, the Duffields relished the move to this spacious two-storey residence on the mountain. Mrs Duffield immediately began work on a garden, and the children assisted in planting an orchard of apples, pears, oranges and peaches.

As one of Canberra's grandest homes - the Residence was designed in what is now referred to as the Federal Capital Style of architecture. It is similar to many buildings of its era with common Inter-war Mediterranean features such as roughcast render, red Marseille roof tiles and decorative rondels. The interior included high quality features such as an elaborate jarrah staircase and flooring, high ceilings, individually designed fireplaces and sinks in bedrooms, and even central heating.

The Residence was the centre of the Observatory's social activities. The Duffield family owned a Steinway grand piano that was used for musical recitals among staff and visitors. In the early days it was also a key social venue for Canberra, playing host to Prime Ministers, politicians, industry heads and even international royalty. Prime Minister Joseph Scullin, Japanese Prime Minister Nobusuke Kishi and the Prince of Siam were some of the more famous visitors to grace the site.

The Residence had hosted seven Observatory Directors and several others before it was severely damaged in the firestorm of January 2003. The Director at the time of the fires, Penny Sackett, did not live on site - the Braddick family occupied the Residence at this time.

In 2013/14 ANU was fortunate to secure a grant through the Commonwealth Government's Your Community Heritage Program to undertake stabilisation and interpretation works to the building. The partially restored Residence and the series of audio and visual interpretive installations were launched in January 2015.

The building is now open to the public from 9am - 5pm every day.

It was heaven on earth

The Directors of Mt Stromlo

Mt Stromlo Observatory has always had at its helm a visionary Director steering the research direction and work of the site. Each of the Directors has played a significant role in the Observatory's history, being responsible for and involved in the major research projects, discoveries, infrastructure projects, collaborations and anecdotes which make the Mt Stromlo Observatory such an amazing a culturally rich place.