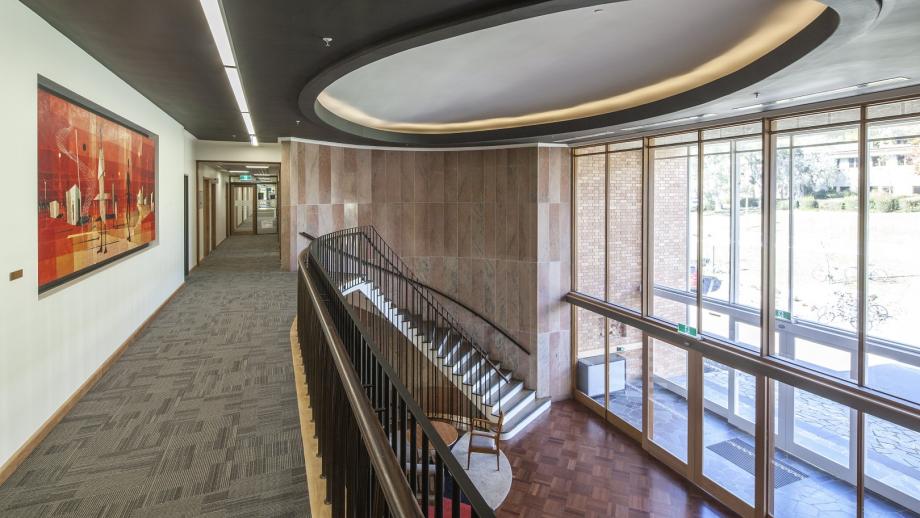 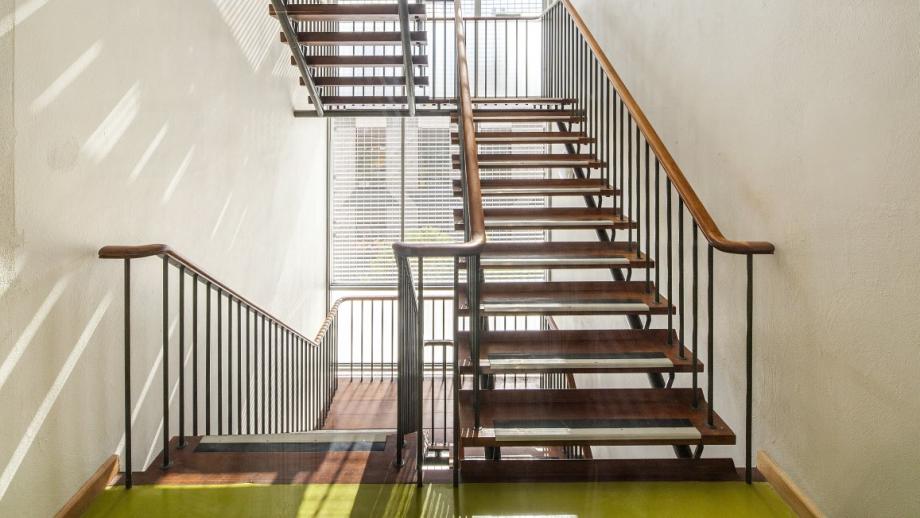 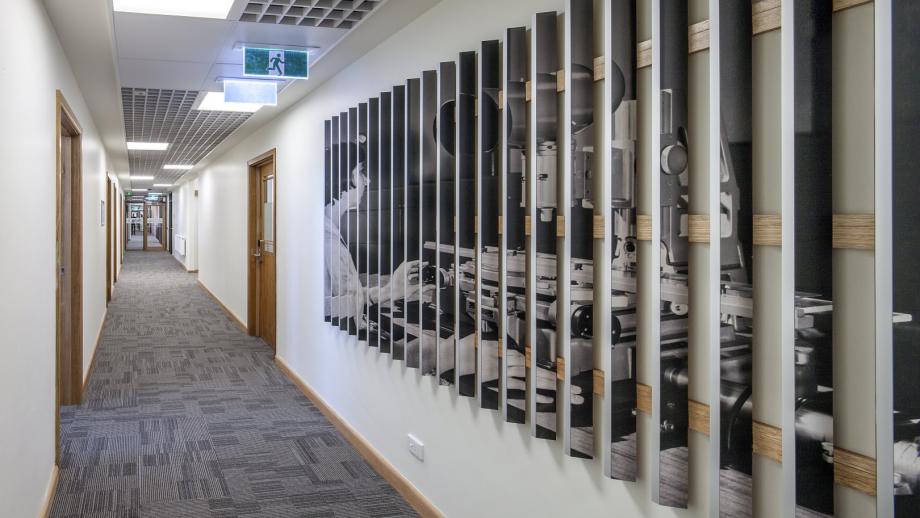 Originally the John Curtin School of Medical Research (JCSMR), this is one of the first major buildings constructed by the ANU - it was opened by Sir Howard Florey and Prime Minister Menzies in 1958. Following the construction of the new JCSMR facilities from 2007, this building remained vacant for several years.

The best practice adaptation and interpretation of the Florey Building was a significant achievement for ANU, with a balance found between heritage conservation and functionality for user groups. While it is obvious from the exterior that this is an old building, much of the interior now reflects modern office, lab and shared space standards. However many historic elements and features have been retained to ensure the character and historic use of the building can be understood in its new context.

The building largely retains its original layout, and former lab spaces have been seamlessly adapted to open plan offices. The main foyer and entrance to the building is fully intact, with the original brass patterned balusters, stone feature wall, staircase, parquetry flooring and sculpture by Lenton Parr. The original configuration and features of the former Library have been preserved, including timber lined walls, barrel-vaulted ceilings, the borrowing desk and the returns chute.

Many original fittings, such as early Bakelite light switches and power points, Negretti & Zambra thermographs, pressure gauges, fans, bells, and noticeboards were salvaged during the construction works and reinstated into the building. While these features are non-operational, they demonstrate the building's former life as a medical research facility. Over 150 pieces of original built-in and loose furniture designed by the Fred Ward and the ANU Design Unit were refurbished for this project.

It was renamed the Florey Building in 2015 to commemorate the contribution of Sir Howard Florey to the establishment of ANU and to ensure confusion between the function JCSMR and the building tenants was minimised.

The project has won several awards including the National Trust Award for a Significant Contribution to Heritage Conservation in 2015, the JS Murdoch Heritage Award from the Australian Institute of Architects and was Highly Commended by the Master Builders Association.