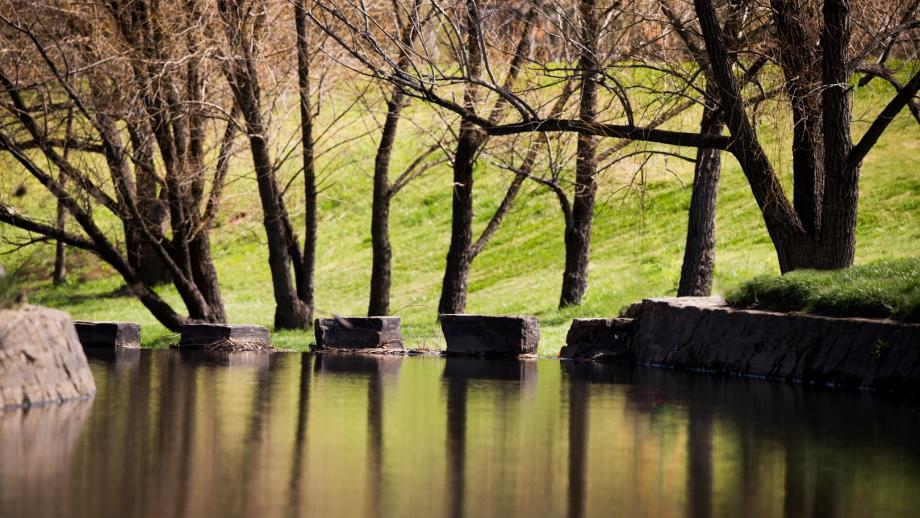 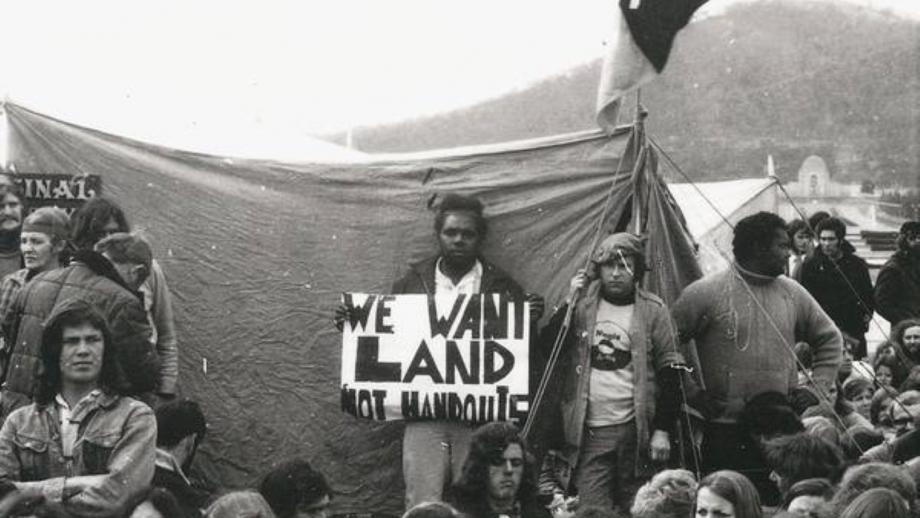 The ANU Aboriginal and Torres Strait Islander Heritage Trail explores the rich historical significance of the Acton campus, and the continuing culture and connection to Country. The trail also stops at schools and centres researching Aboriginal and Torres Strait Islander culture, history, health, economics and education. The project was developed by ANU Heritage in partnership with all four of the Canberra region's Representative Aboriginal Organisations, and was funded by a grant from ACT Heritage.

Starting near Union Court, the trail follows Sullivans Creek downstream towards the lake. Aboriginal people used creeks and rivers to navigate across the landscape. Sullivans Creek showed the path to the Molonglo, which in turn led the way to the larger Murrumbidgee River. The water sustained abundant resources for Aboriginal people to eat, and attracted larger wildlife, such as kangaroos, that could be hunted.

The trail demonstrates that prior to European settlement, this was a landscape that had been deliberately made by Aboriginal people. Professor Bill Gammage, an historian and author, and a contributor to the trail, studied the early survey maps of the region to discover an unnatural clearing near today's South Oval. This clearing was maintained by Aboriginal people through periodic burning, to promote new growth that could be used to attract and trap kangaroos.

Many of the Schools and Centres that contribute to Aboriginal studies are featured on the trail, including the National Centre for Indigenous Genomics; the School of Archaeology and Anthropology; and the Tjabal Centre, a meeting place and support network for Indigenous students. The trail also highlights the social history of ANU, including the contribution made by students towards the establishment of the Aboriginal Tent Embassy; and the support of Abschol, an organisation established to support University scholarships for Aboriginal students.

The Aboriginal Heritage Trail is available on the ANU Walks app, or contact ANU Heritage to request a hard-copy brochure.