The Provost as the Acting Vice-Chancellor (VC) spoke to the report from the VC and highlighted the upcoming elections being a positive period for the University sector. In response to the Board’s queries, the Provost advised the following:

• The increasing presence of Associate Degrees in the Higher Education Sector is a development that the University should closely monitor;

• The main management committee of the University is now the Senior Management Group (SMG), which is a merging of the Executive and the SMG; and

• Capping student enrolments is a mechanism to arrest the unprecedented growth in enrolments, rather than simply reducing student numbers.

The DVC (R&I) attended his first Academic Board meeting and drew attention to his priorities for the year, as follows:

• The immense value of the HDR program and the work being conducted for it to be consistently of the highest standard in terms of performance and student experience;

• While Research Infrastructure at the University is particularly impressive, its management is inconsistent and has to be addressed; and

Indigenous health and wellbeing (also as part of Grand Challenges).

The Student Partnership Agreement (SPA) is the first student partnership agreement signed by a University in Australia in 2017 and contains measurable outcomes, developed collaboratively with students and executives. Academic Board approved a renewal of that partnership with a new set of activities at its 1/2019 meeting and it was subsequently signed by student leaders with chair of Board.

Report from the Chair

The Chair briefed the board on the following matters:

• The Academic Board Review Report from Prof Winchester has been submitted and plans are underway for Board and the Executive to provide a response to Council;

• The Academic Integrity Implementation Report has been finalised. The report will now form the basis of an Executive implementation plan led by DVCA; and

• The Academic Freedom Implementation Working Group met in November 2018. It was tasked with identifying all ANU policies, procedures and guidelines affecting the kinds of activities protected by the ANU Statement on Academic Freedom. The group has provided a report and recommendations. It has also recommended the development of a comprehensive policy on academic freedom which has been conveyed to the VC for progressing.

The Board discussed the replenishment of the hardcopy books collection damaged in last year’s flooding event. The University Librarian advised that slow and steady work has been occurring to rebuild the collection, also involving a complex insurance claim. The University is grateful to the donors who have provided replacement monographs (more than 1600 items have been received and added to the collection).

There are also plans to purchase print material primarily for to replace print material lost. Where copies are unavailable, there are plans to digitise instead. A project manager has been hired for the book replacement project. Staff have been advised to communicate any book related issues with Library managers.

Academic Board discussed the poll questions, with the Provost addressing the following:

There are wide ranging concerns about University systems and improving IT strategically is an Executive priority for ANU. The University aims to avoid jumping in to fix little issues and is preparing back up plans in the event of systems failure. In response to questions from the Board, the Provost advised that technological systems are a multi-faceted problem and an alternate approach to managing IT projects at ANU is required. Major projects such as the CMS have tested the university community and there is an urgent need to address the design and implementation of such crucial systems.

The SAGE application will be submitted at the end of the month for a bronze award, and serves as an important component of the ANU Strategic Plan and the University’s commitment to Equity and Diversity. In response to questions from the Board, the Provost advised that it is a competitive submission with ANU viewed as a leader. If we fail, it will only be a failure on paper with the attempt to articulate our efforts. He further highlighted that the SAGE criteria is not very clear and only looks at standard areas of judgement. Even though data is sourced from the whole of University, there is a STEM oriented approach for evaluation. There has been full cooperation from ANU’s Human Resource (HR) and Planning and Performance Measurement (PPM) divisions in drafting the submission.

The board discussed recent changes in the senior ranks at the University, and noted that departures tend to follow new leadership as well as contracts coming to an end. While such changes have occurred at the University recently, the institution is in a strong and stable position and is taking the opportunity to revisit senior portfolios as part of recruitment processes for further improvement.

Academic Board is keen to hear from the wider University. What are the big issues regarding academic governance that you want us to address? Chat to your College / Student representatives or email the Secretary, (secretary.academic.board@anu.edu.au). Members of the Board and I are also available to speak at College fora. 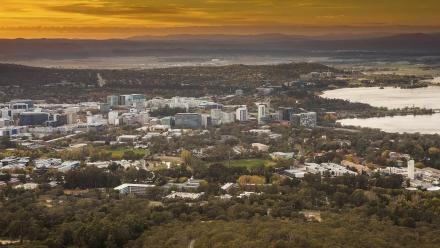