When did you start at AR&P and what roles have you had during your time here?

I started in November 2015. I arrived as Annual Giving Officer and became the Acting Annual Giving Manager in January 2017. I’ve worked in annual giving for about ten years, with most of my experience at Oxford University.

What struck you as the biggest difference to approaches to fundraising when you arrived at ANU?

There’s room for much more creativity and trialling here because Fundraising is so new. It’s nice to be in a place where I get to use my initiative and experience.

What has been your most satisfying professional achievement at ANU?

The phone appeal last year. The previous two phone appeals at ANU had been run by a telephone fundraising consultancy. With my experience of running phone appeals in the UK and the foundations that had been laid down in the first two appeals, I brought the program ‘in-house’. It was also the first time we had students helping to manage the call room. It was a lot of work but it was really rewarding.

How would you describe the phone appeal to people who may not know much about it?

The phone appeal is the biggest direct alumni engagement activity we do at ANU. It’s a powerful engagement activity because of the strong connection between students and alumni. It’s a really great way of staying connected. It’s also really good for the students. One of our student supervisors said that, at the end of calling in her first year, she wanted to change her career direction. She’d spoken to so many people who’d done her degree and done different things that it made her realise that she had many more options than she thought she had. It’s definitely valuable for alumni to hear from students and to hear about the impact that donations to The ANU Fund are having across campus.

ANU is more broadly developing a stronger culture of philanthropy. How important do you think that the phone appeal is in supporting that?

It’s pivotal because it brings together all sections of the ANU community: alumni, students and staff, including staff at high levels. We invite staff to visit the call room, we invite some staff to do the training and we keep staff updated with what’s happening throughout the appeal.

We now have a disbursement process in place for The ANU Fund, which also has an impact on the whole campus, touching students and staff. And then one week of the phone appeal is about raising money for Giving Day, which is great for bringing together the ANU community and sending out themessage about the importance of giving back.

You also assist other areas of ANU develop their appeals. What changes have you noticed in attitudes to giving and to philanthropy across ANU?

There’s an increased understanding that philanthropy is about more than just making a donation. That culture is about giving back and it’s really great to see that that’s being embedded into other activities across the university, like the admissions program. Because we have an increased number of donors, people are much more aware of what it is that donors expect us to do with their money, so honouring donor expectations and wishes was a definite priority for The ANU Fund disbursement committee. We have to take our obligations to our donors seriously.

What does philanthropy mean to you personally?

For me it’s about paying it forward. That’s both in a personal sense and in the way I approach my work. I’m very passionate about higher education and everybody having access to that. I received support when I was at university and I was the first in my family to attend university. When I found out that giving back to your university was something that I could do, I knew that I would continue to do that for the rest of my life. Without my university experience I wouldn’t be the person that I am today. I think it’s really important that we recognise that when we’ve had some kind of privilege we need to find a way of giving it back and, more importantly, paying it forward to future generations.

To me, The ANU Fund is about the multiplier effect. You’re bringing lots of people together. It’s not just about the money; it’s about creating a sense of community and bringing people together who care about the same thing. There’s something really positive and powerful about that. When you consider that those large numbers of people will impact large numbers of people across campus, it creates a cycle where the people who benefit now will hopefully find a way of paying that forward in the future. 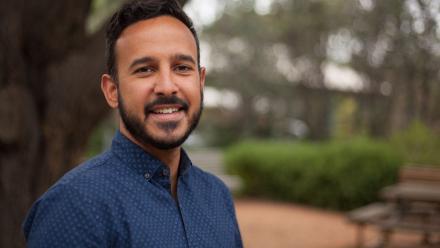 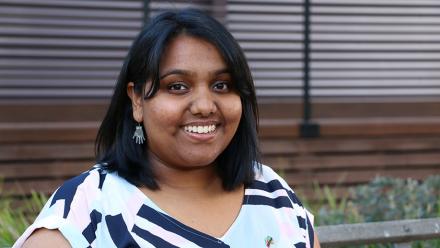 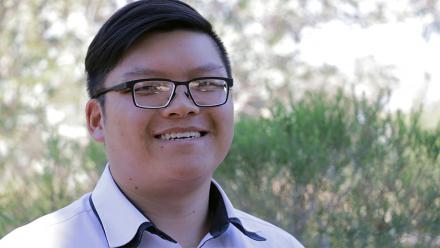