Who can be nominated

Alignment between the Vice-Chancellor's Awards and College Awards

The Awards chart outlines the progression for award applicants through the College Education Awards, the Vice-Chancellor's Awards for Excellence in Education, and the Australian Awards for University Teaching. As part of a progression plan leading to higher recognition, those who are successful in being awarded a Vice-Chancellor's Award for Excellence in Education may be invited to submit an application into the prestigious national awards scheme, the Australian Awards for University Teaching. 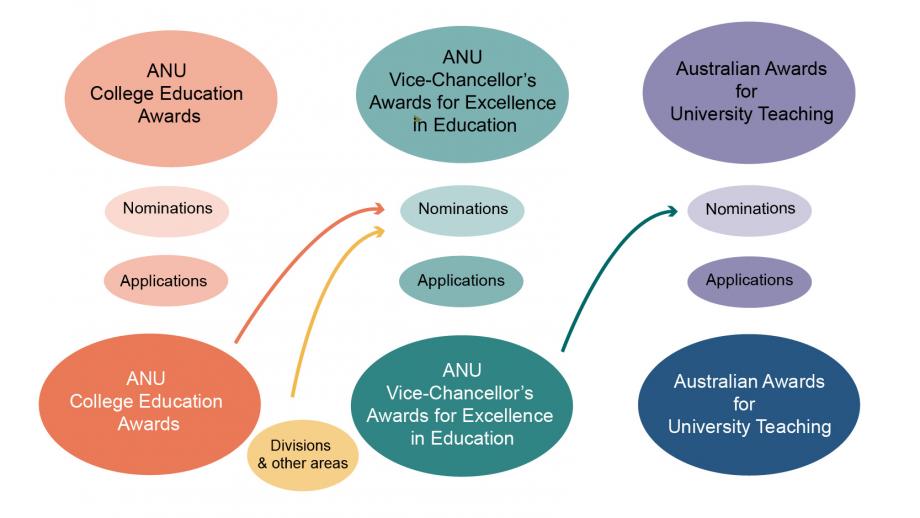 Award money may be awarded as a prize. If awarded, it is disbursed to the recipients to be used to: