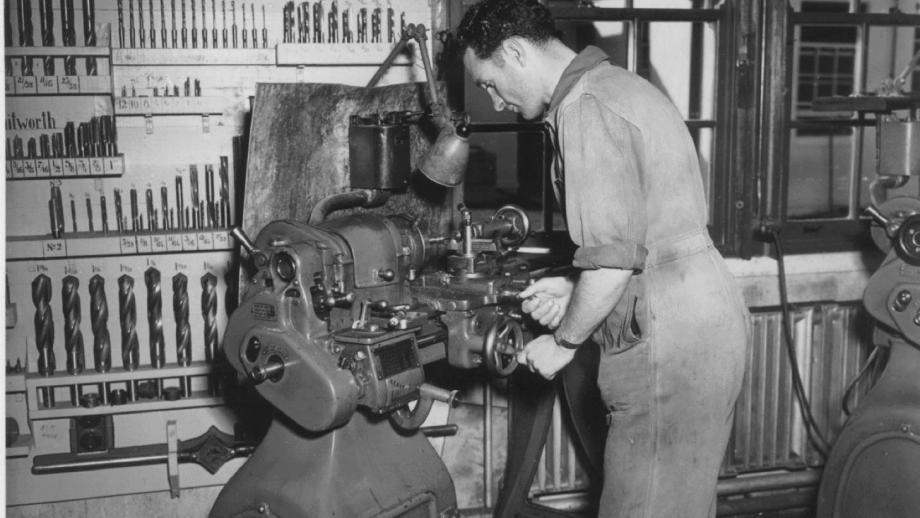 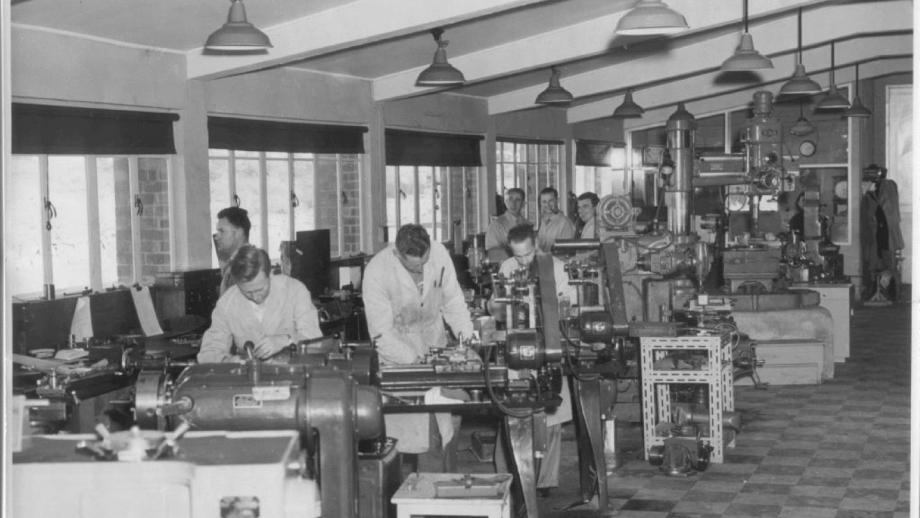 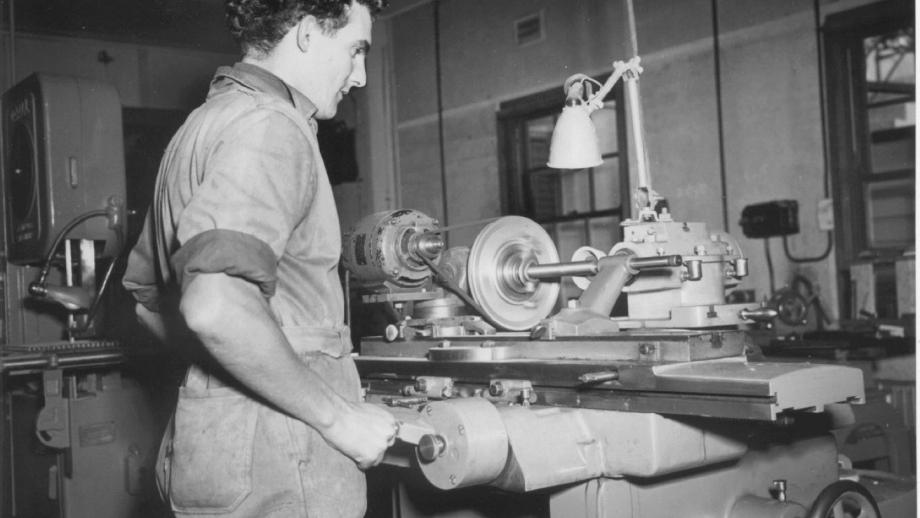 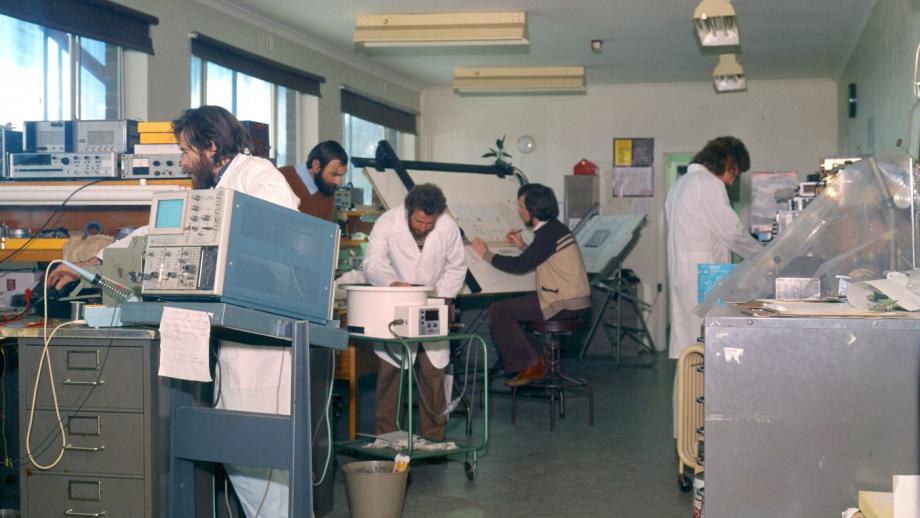 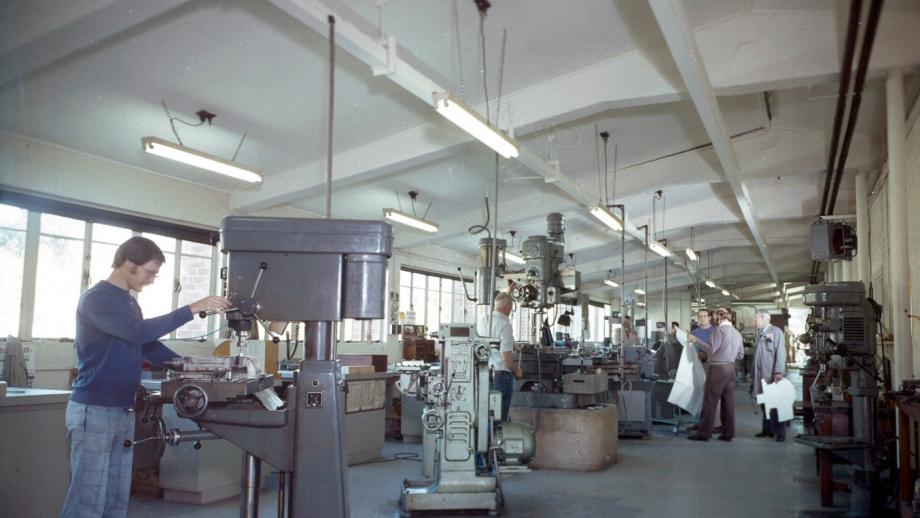 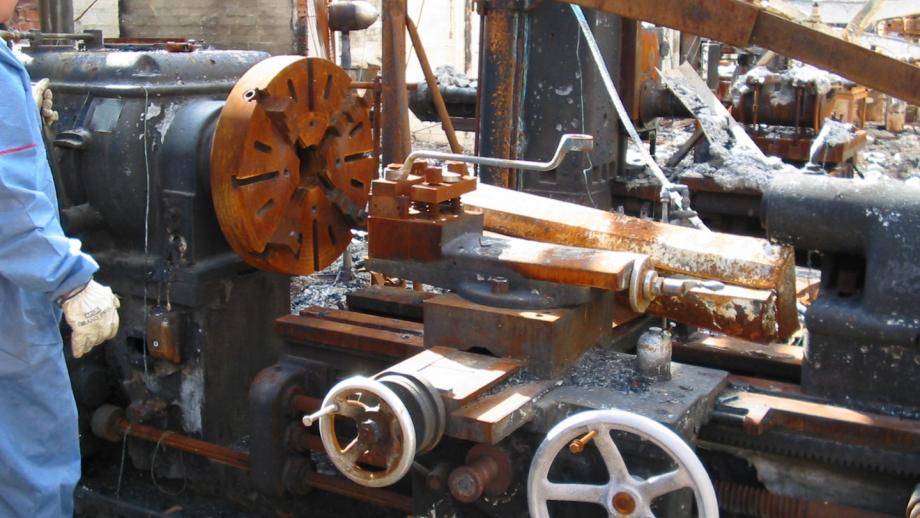 One of the most unique aspects of the Mt Stromlo Observatory was its capacity as a fully integrated workplace.

While the main purpose of work on site was astronomy, all supporting infrastructure was on site to enable the research, development, design and manufacture of all the required instrumentation, optics and electronics.

While it is common for the astronomers themselves to be acclaimed for their work, it must not be forgotten that the engineers, technicians, mechanics and assistants in the workshops were the key driving force behind the technology and developments which enabled many of the most famous astronomical discoveries.

Workshops had been in place from the very inception of the Observatory and were originally incorporated into the west wing of the Administration Building. The original workshops were extended with the use of the Observatory as an Optical Munitions Factory during the Second World War, but were partially destroyed in the bushfire event of 1952.

A large workshop complex was constructed in stages from the 1950s to the 1970s and included Optical, Electrical, and Mechanical shops. Workshop staff have reflected on the innovation that happened daily within the workshops - noting that the expertise of the staff allowed old equipment to be innovated, modernised and made useful long after its original purpose was superseded.

The Engineering and Technical staff worked closely with the astronomers and researchers - innovating and creating instrumentation to enhance the observing capacity of the existing telescopes. They were also involved in the development of exceptionally complex projects and commissions, building whole instruments from the ground up. Such work included the construction of the highly advanced 2.3m telescope at Siding Spring Observatory and the Near-Infrared Integral Field Spectrograph (NIFS). The NIFS was being constructed for the Gemini Telescope in Hawaii, and was tragically lost in the 2003 fire just days after its completion.

The workshop complex once stood in this spot, but was completely destroyed in the 2003 firestorm. After taking up temporary lodgings on the ANU Acton Campus - the workshops were replaced by the new Advance Instrumentation and Technology Centre.

...to know that you have produced this article and it's been able to produce scientific results for the astronomers...